Missing your court date in a Las Vegas court is a serious offense that may force the judge to issue a warrant for you and can result in you being arrested.

What happens if I don’t appear for my scheduled court date?

When you are charged with a crime in Las Vegas you will be assigned a court date to appear in front of a judge and enter a plea. This is called an arraignment hearing and it’s very important that you make your arraignment. If you don’t show, depending on the nature of the crime, the judge will issue a bench warrant for your arrest. Along with the chance of being arrested, you can expect additional fines and criminal charges. 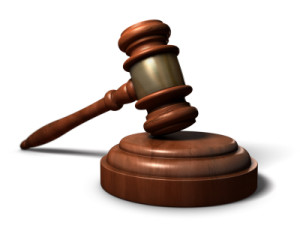 What is a warrant?

Quite simply, it is a legal order issued by a judge that authorizes your immediate arrest and detention. When you have a warrant issued for your arrest in Las Vegas, you can be arrested and held in jail until your arraignment in front of a judge.

What should I do if a warrant is issued for my arrest?

Contacting a lawyer as soon as possible after you become aware that you are a wanted fugitive in Las Vegas is absolutely critical. A judge typically looks more favorably upon a defendant that voluntarily turns themselves in and files the appropriate motions. A lawyer can advise you on the best course of action, which may or may not involve turning yourself in as well as helping ensure that you file all the proper motions. 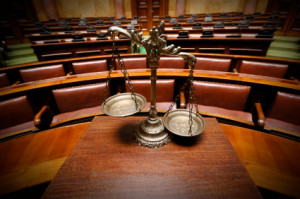 Scales of Justice at the Henderson Justice Court

What is a Bounty Hunter?

A bounty hunter is somebody that detains fugitives to collect a reward for their capture. A bounty hunter typically collects a reward of 10% of the fugitives bail. In the US, bounty hunters are responsible for capturing 90% of bail jumpers. You won’t be arrested by a bounty hunter, but they are able to detain you and subsequently turn you over to the authorities.

Failing to appear for your arraignment will only escalate your legal issues, dealing with them is the only prudent course of action.